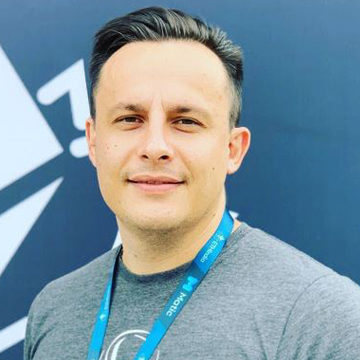 Sergej Kunz is the Co-founder of the 1inch Network, a distributed network of decentralized protocols that enable the fastest, most lucrative and protected operations in major blockchain ecosystems.

From 2015 to 2019, Sergej worked for Mimacom consultancy, running projects for major customers, such as Bosch, Siemens and Porsche. After joining Porsche on a full-time basis, he gradually shifted towards cybersecurity.

Sergej’s first introduction to the crypto space dates back to 2012. After mining Ethereum for years, he launched a YouTube show, CryptoManiacs, in which he did live security audits of smart contracts. Anton Bukov, the 1inch Network’s eventual co-founder, soon joined him as a co-host.

At a May 2019 hackathon in New York City, over the course of 36 hours, Sergej and Anton developed a prototype crypto exchange aggregator that became the basis of the 1inch Network.