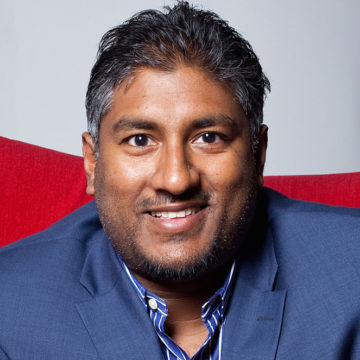 Co-founder and CEO of Civic.com

Vinny is regularly recognized and featured by major media worldwide like Fortune Magazine, CNBC, Business Insider, and many more.  Along with Elon Musk, South African-born Vinny is currently South Africa’s other major technology entrepreneur export to the famous Silicon Valley in San Francisco and is always found ranked online in the top 5 lists of the most influential FinTech/ Blockchain/ Crypto Sphere insiders on the planet. He is a Shark on “Shark Tank South Africa” made by the same producers as “Shark Tank” in the U.S.

After over a decade of experience in e-commerce, he realized that no-one had a universal identity solution that balanced security and privacy with ease of use and ubiquity. Today, his company, Civic, is being built from the ground up to solve problems relating to identity theft, fraud, and ultimately, democracy.

His previous business Gyft, which sold electronic gift vouchers, shot to fame after it started to accept Bitcoins. After California-based First Data acquired Gyft in 2014, reportedly for over $50m, Lingham – a serial entrepreneur – has since also become well known as the ‘Bitcoin Oracle’ for his accurate forecasts of movements in the cryptocurrency’s price and is now known as one of the world’s top experts on Bitcon and Blockchain.

He is the founder of Clicks2Customers.com, an award-winning search engine marketing company with offices in Cape Town, London and Los Angeles. Vinny earned a Bachelors in Communication with a focus on information systems at the University of Cape Town and later completed an honors degree in Electronic Commerce from the University of South Africa. incuBeta (the company that owns Clicks2Customers) was the winner of South Africa’s top technology company award in 2006, and Vinny was also the recipient of the Top Young IT Entrepreneur in Africa Award for 2006 by Technology Top 100.

Vinny has been honored as a high-impact entrepreneur by Endeavor Global, and through Endeavor, Vinny has helped identify more South African entrepreneurs. He has joined the ranks of other successful entrepreneurs working to stimulate the economies of their respective countries. incuBeta’s success has been attributed to its focus on sophisticated proprietary search marketing technology, based upon search marketing processes and techniques that Vinny developed. incuBeta’s software tools enhance its clients’ visibility on the major search engines and afford its clients a competitive edge that maintains their position at the forefront of their industries. incuBeta’s most renown client is Wal-Mart, the world’s leading international retailer.