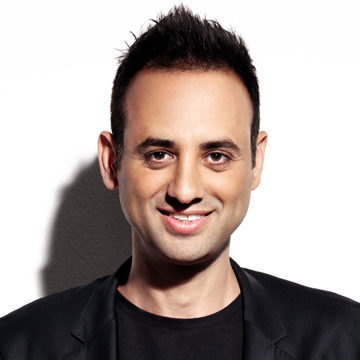 Ran Neu Ner is the CEO of Onchain Capital, a Crypto Asset Fund and Advisory service. He is also the founder of the world’s first live streaming Crypto Media Station , Crypto Banter.

With an academic background in finance, Ran holds a Bachelors Degree in Finance and Investment Management, completed his CFA, Masters Program @ Singularity University and a Harvard Alumni.

In 2001, Ran founded The Creative Counsel, South Africa’s leading activations agency with an annual turnover of $150 million and sold it to the Publicis Groupe in the largest media transaction on the African Continent.

In 2013 Ran had his first taste of crypto and has been a part of the Blockchain world ever since.

His remarkable success in the Blockchain world has earned him the ranking of one of the top 10 most influential people in Blockchain by Richtopia. He also sits on various boards in an advisory role.

In 2017 Ran launched the world’s first televised cryptocurrency show called Crypto Trader which is aired weekly on a Thursday night at 20:30 on CNBC Africa.

In 2021, Ran launched Crypto Banter, a live stream cryptocurrency talkshow on YouTube. The show airs twice daily from Monday to Friday at 6:30am (EST) and 10:00am (EST). Within 5 months of being air, the channel skyrocketed to being in the top 3 Cryptocurrency channels globally and shows no signs of slowing down.

Ran joined the Young Presidents Organisation 2010, a global network of successful CEO’s, sharing learnings and ideas exchange where he is still an active member.