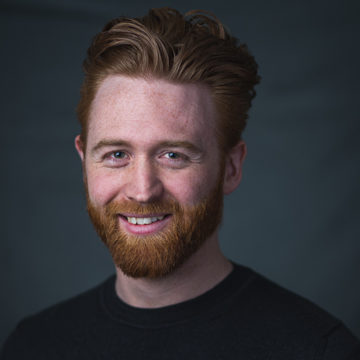 CEO of Radix DLT, Piers Ridyard is a YC Alumni and successful serial entrepreneur having led several businesses, most notably, Nifty, one of the most overfunded tech startups on Kickstarter. He studied Aerospace, Finance, Mandarin and Law prior to starting a career in blockchain.

You could say that Piers Ridyard grew up with entrepreneurship in his blood. Both his parents are entrepreneurs and from a young age, business discussions were a common occurrence over the kitchen table.

He went to university to study Aerospace. By this time he had already started working on building his own company – 3D Lightscapes (which he later exited) and realised it would be more beneficial to switch to Business and Mandarin after realising he wouldn’t be able to commit to the time and intensity required for Aerospace.

Upon graduating he briefly worked at JP Morgan on their bond desk. He decided that Investment Banking wasn’t for him and enrolled to study Law. Whilst at Law School, Piers set up a company called Nifty, which is an easy to use device that allows anyone to quickly and simply increase the available memory in their MacBook computer.

It became the highest funded tech startup campaign of the time on Kickstarter and probably the most one of the most overfunded crowdfunded projects in the world in 2012. Piers had to give up being a trainee solicitor to go to China and set up an assembly line to satisfy the huge demand for the product – putting his Mandarin to good use. After a few years, when the company hit $1 million in revenue, he exited and started looking on the horizon for his next opportunity.

In 2015, he came across Ethereum and started to investigate what it was and what you could build on it, whilst mining on the Genesis block.

He started looking at potentially using smart contracts on the Blockchain for insurance. He learnt more aboutwhat the insurance industry really needed, which was coordinating and clearing transfers around contracts.

Consequently, he founded Surematics, which provided decentralized data rooms for insurance companies to coordinate deals and clearances. He was accepted on to the Y Combinator programme in 2017, which saw him work in Silicon Valley for 3 months in what is arguably the beating heart of the startup ecosystem. By the end of 2017, after meeting Dan Hughes and excited by the potential of the platform to be able to impact the world, he became CEO of Radix.