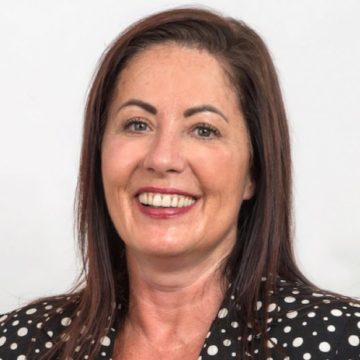 Monica Singer is a Chartered Accountant (SA) and Fellow of the Institute of Directors.

She was the first CEO of South Africa’s Central Securities Depository (CSD), Strate (Pty) Ltd which she set up in 1998. Strate provides electronic clearing, settlement and depository functions for the JSE and other stock exchanges in South Africa, which includes equities and bonds and also money market instruments.

In August 2017 Monica resigned as the CEO of Strate and all related board positions so she could concentrate in bringing blockchain technology to all relevant industries.

In October 2017, Monica was appointed as South Africa Lead for Consensys being an international venture production studio using blockchain technology to build distributed applications on the Ethereum world computer

Since the beginning of 2018 Monica was appointed as one of the Patrons of the Corporate Governance Framework (CGF) Research Institute in South Africa.

In June 2018, Monica was appointed board member of the Global Legal Identifier Foundation (GLEIF) based in Switzerland.

Monica held numerous board and advisory positions. She was the Vice President of the African Middle East Regional Association of CSDs (AMEDA) and a member of the World Forum of CSDs (WFC). She was also involved in a number of charitable organisations including Strate Charity Shares and chaired for 10 years Afrika Tikkun Investment Trust.

Monica previously worked at the World Bank in Washington DC in 1995/96 and was the Technical Director of the South African Institute of Chartered Accountants (SAICA) from 1990 to 1996. Monica completed her articles with the audit firm Arthur Young in 1987.

Monica has been recognised over the last 20 years with many awards,  the most notable being the first winner of the Conscious Company award in 2017.