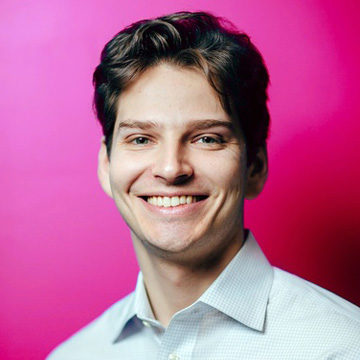 Lex is a futurist and entrepreneur working on the next generation of financial services. He is the Global Fintech Co-Head at ConsenSys, a blockchain technology company building the infrastructure, applications, and practices that enable a decentralized world. Lex focuses on emerging digital assets, public and private enterprise blockchain solutions, and decentralized finance and autonomous organizations.

Previously, Lex was the Global Director of Fintech Strategy at Autonomous Research (acquired by AllianceBernstein), an equity research firm serving institutional investors, where he covered artificial intelligence, blockchain, neobanks, digital lenders, roboadvisors, payments, insurtech, and mixed reality. Before Autonomous, Lex was COO at AdvisorEngine, a digital wealth management technology platform, and CEO of NestEgg Wealth, a roboadvisor that partnered with financial advisors. Prior to NestEgg, Lex held roles in investment management and banking at Barclays, Lehman Brothers and Deutsche Bank. He earned a JD/MBA from Columbia University and a B.A. in Economics and Law from Amherst College.

Lex is a contributor of thought leadership to the Wall Street Journal, the Economist, Bloomberg, FT, Reuters, American Banker, ThinkAdvisor, and Investment News, among others. He is a regular speaker at industry conferences such as Money2020, LendIt, Schwab Impact, In|Vest, T3 Enterprise Edition, and Consensus. His writing is publicly available at https://lex.substack.com.