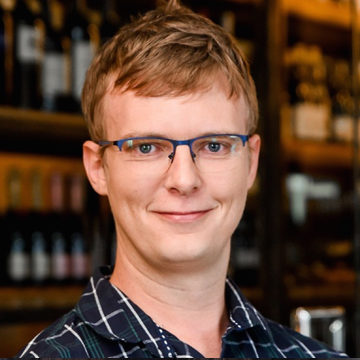 Carel de Jager began his career as a Chemical Engineer in the energy industry. He now works as a consultant for the Blockchain Academy, facilitating a wide range of blockchain related training courses and presentations. Through the academy, he also delivers customised, industry-specific training to audiences ranging from the inexperienced to executive level.

Carel is also a public speaker, where he often illustrates his ability to explain technical use cases for blockchain technology in a simple and practical way.

He’s interest in blockchain technology grew from building an Ethereum mining rig in 2016. Being an engineer, he delved into the technicalities of his newly developed hobby and quickly realised that the mathematical problems his mining rig were solving would change the world. The study of this technology became his passion.

As a consultant at the Blockchain Academy, Carel has been invited onto television shows (SABC1), coached numerous executives on the technology and presented about specific aspects of blockchain use cases to clients such as the Johannesburg Chamber of Commerce and Industry, Werksmans Attorneys, Discovery and SAICA. He has a thorough understanding of blockchain technology, especially on a deep technical level and often uses practical examples to illustrate concepts.